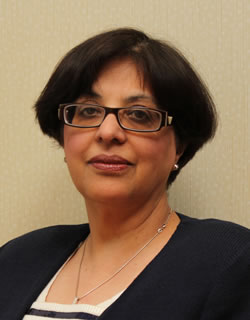 Dr. Pirani has been in a private dental practice in Maple Ridge, British Columbia, for over 35 years.  Her practice includes all facets of General dentistry including Orthodontics, Temporomandibular Joint Disorders and Sleep Disordered Breathing.  She has extensive postgraduate training in all aspects of dentistry, including Forensic dentistry and soft tissue injuries to the cranio/mandibular/cervical areas after trauma.  She is an expert witness and is often asked by lawyers to do an Independent Medical Examination on their clients.

Dr. Pirani has had surgical privileges in several of the lower mainland hospitals where she assisted oral surgeons in orthognathic surgeries.

She was appointed by the Minister of Health to sit on the Hospital Appeal Board for British Columbia from 2003 to 2011.

Dr. Pirani has completed mini residencies in TMD and Craniofacial Pain from the University of Washington (95), University of Minnesota (2000), UMD of New Jersey (2005), and AACP Institute (2008) and from TMJ & Sleep Therapy Research (2010)

In April 2011, Dr. Pirani joined Dr. Liem and Dr. Cheung in opening a centre in Burnaby dedicated only to the treatment of non surgical therapy of Temporomandibular Joint Disorders, Craniofacial pain and Sleep Disordered Breathing.

Board Eligible
International Association for Orthodontics (1993)